The Perth Mint’s renowned Australian Lunar Series celebrates the Chinese Year of the Tiger with these magnificent gold coins.

The third of twelve animals associated with the ancient Chinese lunar calendar, the Years of the Tiger include 2022, 2010, 1998, 1986, 1974, 1962, 1950, 1938, 1926, 1914 and each prior and subsequent twelve-year interval. The tiger is said to be a symbol of power and lordliness, and that the Chinese zodiac Tiger sign entitles people born in the Years of the Tiger to be natural leaders who are adventurous, ambitious and have a strong sense of justice.

The mintage of the 2022-P Australia 1 oz Gold Lunar Tiger BU (Series III) is limited to 30,000 1 oz gold coins which have been flawlessly struck from 99.99% pure gold. The coins are issued as legal tender and are guaranteed for weight and purity by the Australian government.

The reverse of the 2022-P Australia 1 oz Gold Lunar Tiger BU (Series III) coin portrays a tiger standing on a summit with its head turned towards the Chinese zodiac symbol for ‘tiger’, the inscription ‘TIGER 2022’ and The Perth Mint’s ‘P’ mintmark. The reverse also includes a security feature in the form of a micro-engraved letter within the design. The engraving is only detectable under a magnifying glass.

The obverse of each coin depicts Her Majesty Queen Elizabeth II and the coins weight, fineness, and monetary denomination. 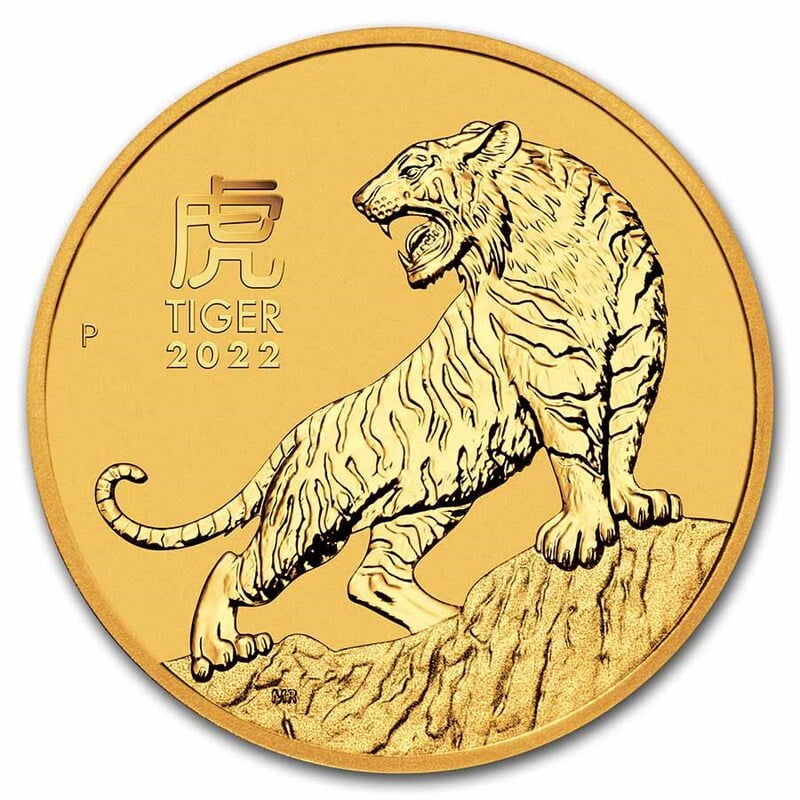 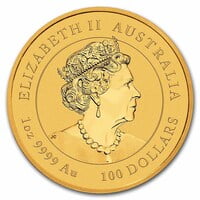